The Gender Reveal Party is a trend that, I will admit, seemed pretty cheesy or overplayed to me before I was expecting. But, as any mom-to-be will tell you, cheesy is sometimes exactly what you need – and, in the end we all thought it was a nice way to get everyone together and celebrate this baby as much as we can along the way!

Here’s what I loved about it:

Here’s one thing I’d do differently:

So, was my former opinion right? Is a gender reveal party a little bit over the top? Absolutely! But it was also so special. And, as I’m beginning to learn about anything baby – you really can’t celebrate any milestone enough.

Did you have a gender reveal party or something similar? How did you find out the sex of your new addition? Tell me – or if you have a photo or video – show me at Facebook.com/SantanielloJustine, @JustineSantaniello on Instagram and @JNSantaniello on Twitter. 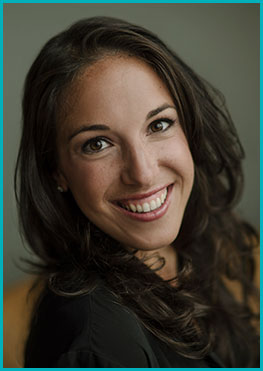 As the founder and creative director of JustHaves.com, Justine is fast becoming a go-to media and consumer resource for anything and everything related to style, beauty, gifting, entertaining and travel.