Take a moment to think about the advice regarding failure you’ve heard before. It was probably something like “embrace failure” or “ even the most successful people failed before they succeeded.”

This is solid advice…however, there’s one piece of advice on failure that I passionately disagree with: “ Don’t fear failure.”

I absolutely fear failure. It wakes me up in the middle of the night soaked in sweat. It drives every choice I make. It consume me…and I love it. In fact, I think you should fear failure too. Let me explain.

The Two Kinds of Failure

The type of Failure that scares me to death is a different type of failure: the failure to try.

Why You Need to be Terrified of the Failure to Try

The failure to try is the precursor to regret. Regardless of what form regret takes for those on their deathbed, the core message is the same: “ I wish I tried more things. I wish I tried harder at chasing my dreams”

Imagine for a second what death-bed regret feels like. Imagine what it’s like to lie there with nothing to think about all the things your failure to try kept you from achieving.

This is the failure that I fear.

Are You Failing to Try?

Take a minute to pause for self-reflection. Let your mind wander to the annals of your wildest success fantasies.

Now, ask yourself this: Is the path you’re on now aligned with any of those success fantasies? Are you chasing the career you could feel was the career for you before the stifling pragmatism of “ the real world” set in?

If your answer was no, then the next step is taking action. Set aside 15 minutes to brainstorm actions you can take today to take that first step towards that dream career.

If you had a hard time coming up with actions, then I have an exercise for you.

Next time you pass a hospital, let yourself feel the regret emanating from those lying on their deathbeds. Or better yet, next time you pass a graveyard let yourself feel all of the untapped potential that died with people who failed to try. Let your mind wander to all of the people who have been forgotten, yet could have made a bigger dent in the world if they didn’t fail to try.

Let their consequences of failing to try scare you into action. Embrace the fear of this type of failure and let it guide you towards a life filled with success. 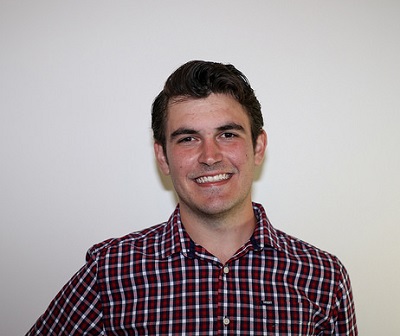 Brett has three main passions: writing, career branding, and fashion. His “ tri-hustle” includes servicing his ghostwriting clients, working with job seekers to develop their career brands, and working as a Stylist and Keyholder for Superdry. You can find out more about his ghostwriting and career services at BrettPucino.co.